Policies Which Are Controlling the Volume and Use of Credit Money

Sep 4, 2021 bank charges from the commercial banks, Policies Which Are Controlling the Volume and Use of Credit Money, Selective Methods Of Credit Control

It would not be wrong to say that a nation’s economy is just like a human body, and its heart is the central bank that oversees monetary operations. Just as the heart works hard to pump the blood that gives life to the body, the central bank pumps money into the economy to keep it healthy and growing without causing any problems to the country’s economy.  Depending on the size of the country and the use of money, economies need less money while at times, they need more to sustain and survive and ensure the people live a good quality of life.

Credit money is very important and knowing which policies are controlling its volume and use can play a significant role in helping economies run better and achieve their goals. The methods central banks use to control the quantity of money vary depending on the economic situation and power of the central bank. Assignment writing services office in the United States, the central bank is the Federal Reserve, which is often called the Fed too. Other prominent central banks include the European Central Bank, Swiss National Bank, Bank of England, People’s Bank of China, and Bank of Japan that play a crucial role in the development of the economy and people.

Even the common man can strive to understand how central banks control the money supply. Knowing the amount of money that is circulated throughout a country and how important it is can help people better understand the policies regarding volume and use of credit money.

Central bank keeps tabs on the amount of money in circulation and influences the policies that make things work.  Interest rates, printing money, and setting bank reserve requirements are the key tools central banks use to control the money supply. Central banks also use open market operations and quantitative easing, which involve selling or buying up government bonds and securities. 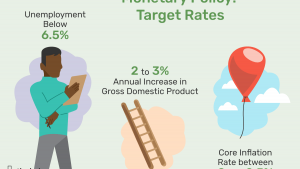 There are various policies and methods or instruments of credit control that are used by the central bank.  It is because the bank has a significant role to play when it comes to money matters and the policies that control credit money circulating in an economy affect more micro and macroeconomics trends.

At the micro-level, a large supply of free and easy money means more spending by people and by businesses. Individuals have an easier time getting personal loans, car loans, or home mortgages, and companies find it easier to secure financing for establishing ventures and expanding them.

Policies That Control Credit Money Include:

Quantitative or general methods of credit control influence the total volume of credit in the banking system, without any regard for the use to which it is put. Used by the central bank, these methods play a crucial role in regulating the lending ability of the financial sector of the whole economy and do not discriminate among the various sectors of the economy.

The Important Quantitative Methods Of Credit Control Are

The Crucial Qualitative Or Selective Methods Of Credit Control Are:

How Credit Money can be Controlled?

With the help of a bank rate policy, the central bank can control the volume and use of credit money in an economy. 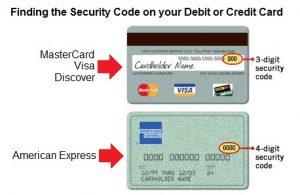 The rate of interest, which the central bank charges from the commercial banks for rediscounting the bills is called bank rate.  The bank rate is different from the market interest rate. The bank rate is the rate of discount of the central bank, while the market interest rate is the lending rate charged in the money market by ordinary financial institutions.

The Main Goal Of Bank Policy Is To Influence:

When the bank rates increase, the credit becomes costly, and it reduces the volume of credit. It has a direct impact on the economy and it discourages the ongoing economic activity in the country, bringing down the price level in the economy. In the same way, when the bank rates fall, it makes the credit cheaper and increases the credit volume. It also encourages the businessmen to borrow and invest and in turn increases the levels of economic activity and the price level.

Different Types of Outdoor Advertising You Can Consider

What Is The Difference Between A Dissertation, Thesis, Paper And Publication?

All You Need To Know About Telemedicine

Policies Which Are Controlling the Volume and Use of Credit Money

How to Boost Your Internet Speed in Easiest Way?